Amid the historic devastation of the earthquake in 2010, whilst cooling towers collapsed across South America and industries went into salvage mode, Paharpur’s Class 400 towers stood tall. .

Chile falls under the Pacific ‘Ring of Fire’, a region most notorious for some of the most destructive and frequent seismic activity in the world.

In February 2010, Chile was hit by one of the most devastating earthquakes in its history. The 8.8 magnitude earthquake struck, with intense shaking that lasted for more than 6 minutes. The affected area not only housed nearly 75% of the country’s population but also a majority of non-mining related industries – and about 40% of the power industry. 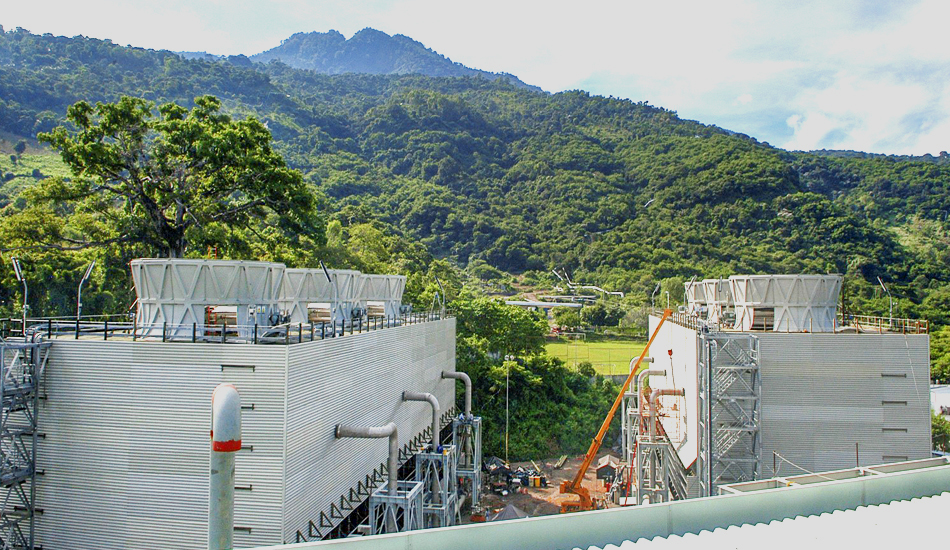 Checking for seismic activity is an important part of Paharpur’s research and design process. Apart from permissible seismic coefficients and response spectrums, the risks posed by other phenomenon associated to seismic action—topographical amplification, tidal waves, displacements due to faults and liquation—must also be taken into careful consideration.

Especially in high earthquake-prone zones such as Chile, Paharpur is always careful to design structures that will not only satisfy all relevant industrial standards but also provide the reliability that supercritical applications such as power generation really need.

When CMPC approached Paharpur to provide process cooling solutions for their project in Pacifico, we knew that whatever the solution, it would have to pass a long list of international standards and undergo strenuous testing.

Paharpur designed the tower, tested sections at its own facility, made improvements to the design and finally erected the tower.

After 7 years in operation, when 2010 the earthquake struck the Chilean peninsula, amid all the destruction, 3 Paharpur Class-400 cooling towers stood intact.

How can we help you?

Send an emailContact Us
Quick LinksFind a spare partEnquiry
Top